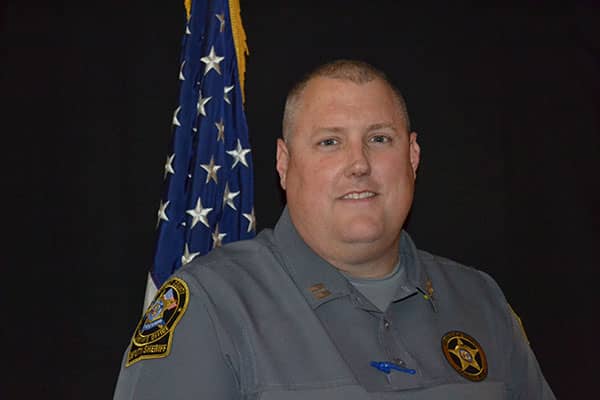 Spence Vaughn began his law enforcement career in 1996 with Chesterfield Police Department. After spending 5 months patrolling the town he began working for the Chesterfield County Sheriff's Office as a road deputy. In 2003, Spence was promoted to Sergeant and in 2005, was promoted to Staff Sergeant over one of the shifts working 12 hours. On August 21, 2006, Spence was placed over the Traffic Unit overseeing traffic issues in the county including drug complaints where he became a K-9 handler with Doro and Luigi. He was later promoted to Lieutenant and has moved up the rank to Captain over the road patrol. He oversees the day to day operation of all Uniform Patrol Officers, assigns deputies to areas needing enforcement, oversees the K-9 program, and oversees the scheduling of special details/events.

During his career 24 years in law enforcement, Captain Vaughn has been recognized by the FBI for a Federal Drug Case, Deputy of the Month - May 2008, and Command Staff Officer of the Year - 2014.